prpc is an RPC framework that provides network communication for high-performance computing, with components such as accumulator. 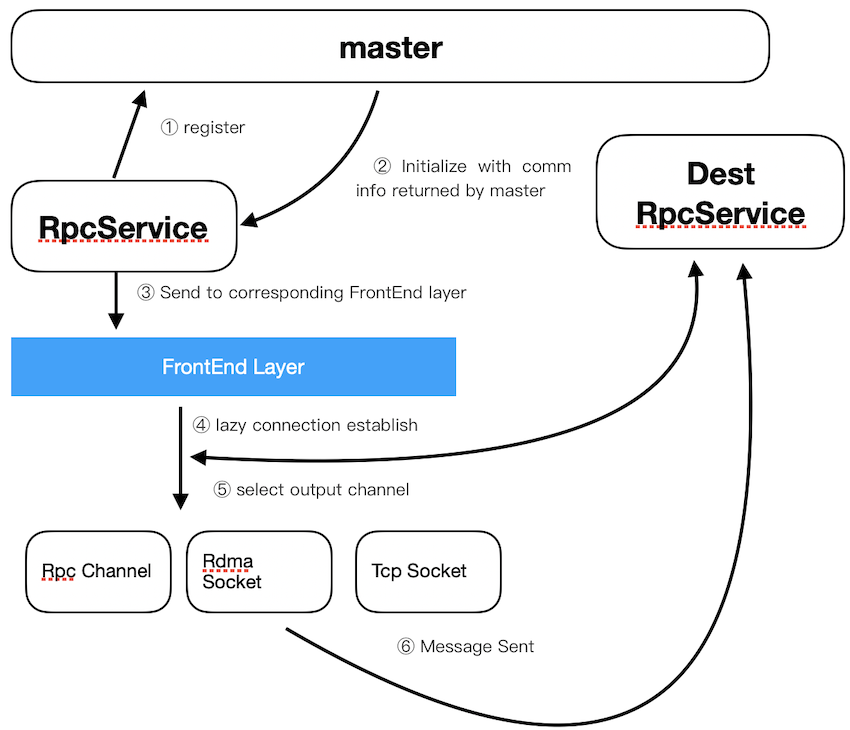 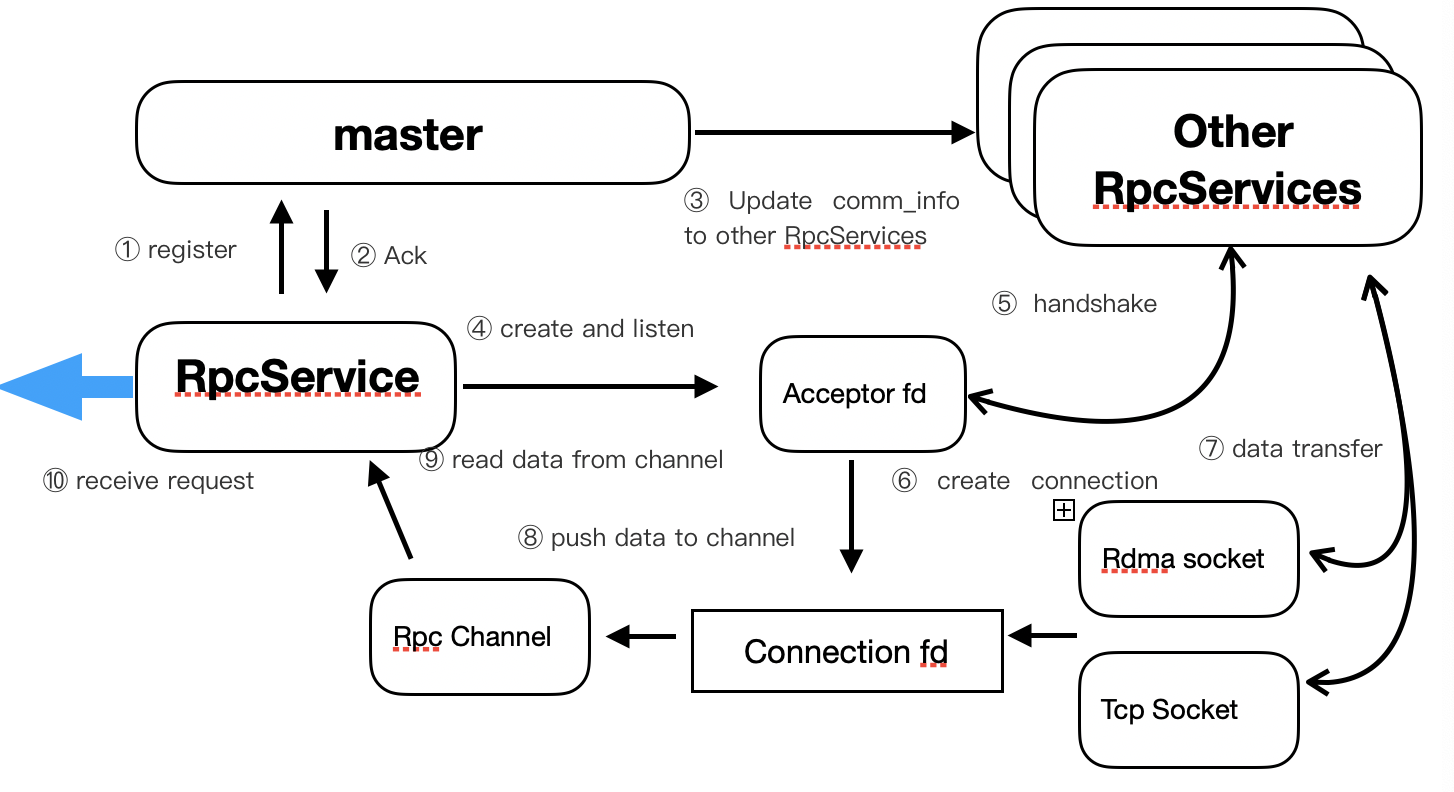 In order to optimize response time and communication efficiency, a non-blocking mode is adopted for message sending, and the specific implementation is as follows:

FrontEnd uses a thread-safe buffer (multiple producers and single consumer). When a thread (Thread1) sends a message, it first pushes the message into the buffer. If there is no other messages in the buffe, the thread will send all messages pushed to the buffer until the buffer is cleared. This thread is called working thread.

Since the non-blocking system call is used when sending data, if a message is too large to be completely sent in one system call, in order to ensure response time, the worker thread will create a temporary thread to send the remaining content, and continue to process the next message in buffer.

In this way, thread safety is ensured when messages are sent by multiple threads, context switching, memory copying are minimized, and CPU cache misses are avoided as much as possible.

The exception handling process of client‘s send_request is shown in the following figure: 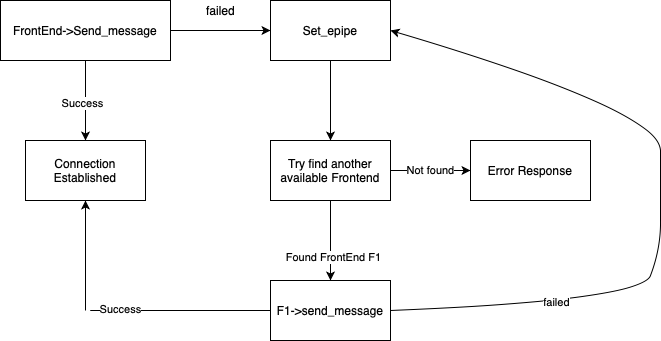 When the sending of FrontEnd fails due to network or other reasons, it will set its current status to EPIPE and try to find an other FrontEnd registered with the same service. If found, the message will be forward to it, otherwise an error response will be returned immediately.

Are you sure you want to delete this task? Once this task is deleted, it cannot be recovered.

An RPC framework that provides network communication for high-performance computing, with components such as accumulator.